Special Report: Save the Bees, Save the World

Recently, a few of my friends and I were talking about Elon Musk, SpaceX, and the colonization of Mars. (Yes, we’re nerds. We talk about nerd stuff in our free time.)

I questioned, “How will we maintain insect life when we’re on Mars?”

One of my friends, who is deathly afraid of all kinds of creepy crawlies, asserted that we should use the Mars colonization as a chance to start a new human life without bugs. No mosquitoes, no spiders, no ants, no bees.

Here’s the catch: As annoyed as we all might get with these insects, mankind needs them to live. The ecosystem needs them to operate. Although I would thoroughly enjoy a life without mosquito bites or bee stings, they’re all going to have to come to Mars with us. 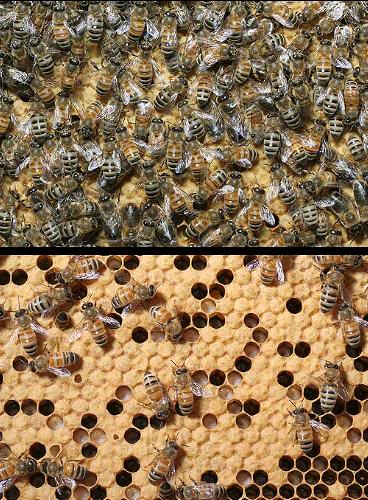 Bees are dying at unacceptable rates

According to the Bee Informed Partnership, supported by the United States Department of Agriculture and the National Institute of Food and Agriculture, the loss of bee colonies has increased exponentially over the past several years: 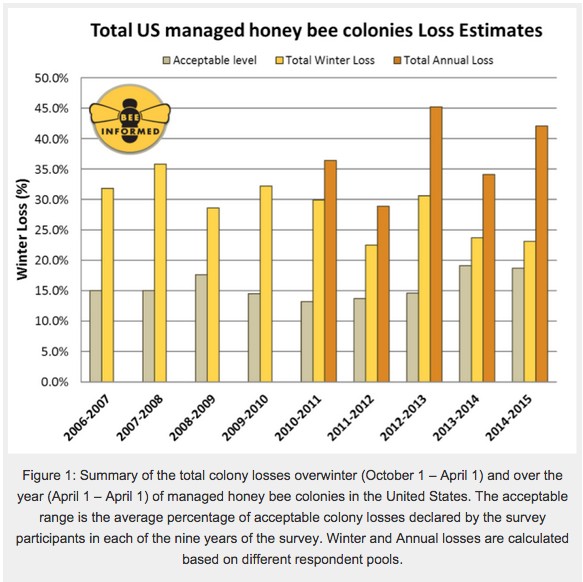 In 2014 alone, over 43% of all bee colonies in the United States were lost. This is the largest annual loss of bee life to ever be recorded.

In Connecticut and Iowa, the numbers are much higher, with winter colony loss hovering around 81.5% and 70.5%, respectively. 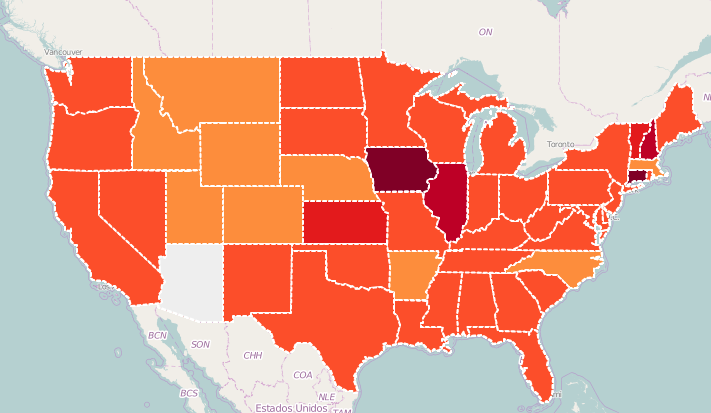 Less than five years ago, Connecticut’s reported colony loss was 50%. Even then, the issue was dire. However, for colony loss to increase more than 30% in just five years is almost unheard of.

At first, this might not seem like the most pertinent crisis on the agenda, but loss of bee life is detrimental to the world’s food supply, ecosystem, biodiversity, and nutrition.

“If bees disappeared from the face of the earth, mankind would only have 4 years to live.” —Albert Einstein

There are a few suspected causes of this drastic hit to the bee population, but first, a word about the world’s most important pollinator...

Bees are responsible for one out of every three bites of food you take. They are essential to the pollination, and therefore reproduction, of plants. If the losses we’re seeing now continue any further, we could witness a severe ripple effect throughout the entire world’s ecosystem.

The honeybee is responsible for pollinating 90% of the world’s crops. It is essential to the agriculture industry and increased crop value, at least $15 billion annually.

Contribution to our livelihood and the global economy aside, bees are just amazing animals.

“According to all known laws of aviation, there’s no way a bee should be able to fly. Its wings are too small to lift its little fat body off the ground. The bee, of course, flies anyway."

After primates, bees possess the most complex language of any animal on this planet. They communicate through interpretive dance, specifically called the “waggle dance.” Scout bees can communicate fertile locations to other scouts. Groups of bees hold voting sessions when it’s time to move to a new hive location.

There are also studies that show that bee venom can kill HIV and cancer viruses without harming the human body.

So what's happening to the bees, and what can you do about it?

Neonicotinoid pesticides belong in a class unlike the rest. When used as seed treatments, these pesticides, known as neonic pesticides, have been known to actually transfer directly to a plant’s DNA. This results in pollen residues and nectars that also contain the pesticide.

These are known as “systemic insecticides.” They only require one application in order to spread throughout the plant, causing it to breed predator resistance.

These pesticides affect nerve cells and cause paralysis in insects. They affect insects in more severe ways but still have known signs of moderate damage to mammals (that’s you).

Neonic pesticides are used widely, but not exclusively, in the agricultural sector. Home and commercial garden products increasingly contain neonics, and they are often applied in far greater concentrations (up to 120% more concentrated).

One Rolling Stone article points out, “Rain cannot wash it away. Neither can your kitchen faucet. Unless you’re eating strictly organic, you’re eating neonicotinoids all the time.”

Bees who come in contact with neonicotinoids lose cognitive functions, including their ability to find their homes. Researchers attribute this fact to the “disappearance” of many bees rather than death.

Bayer CropScience, the agrochemical giant responsible for the creation of neonics, released the insecticide to the public in the early 2000s. The widespread use of neonics aligns almost perfectly with the early reports of colony loss and bee "disappearance." 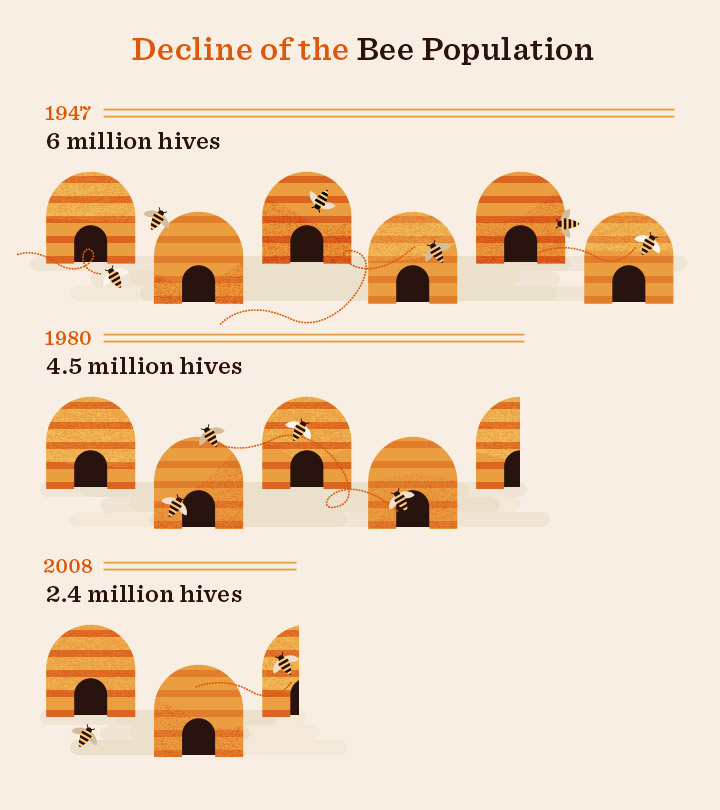 A 2014 study by scientists at Harvard uncovered a direct correlation between the “vanishing” of honeybees and the use of neonic pesticides.

"Bees from six of the 12 neonicotinoid-treated colonies had abandoned their hives and were eventually dead with symptoms resembling CCD," the team wrote. "However, we observed a complete opposite phenomenon in the control colonies."

In Europe and especially the UK, widespread CCD is occurring at more severe rates. In response, the EU put a two-year moratorium, beginning in 2013, on the use of neonic pesticides.

The moratorium is due for readdress this year. However, further studies into the effects of neonics show an escalated loss of bee life directly connected with the insecticide.

In response to the widespread concern about neonic pesticides and their effects on bee life, home improvement chains in the United States will be phasing the products off their retail shelves. Lowe’s (NYSE: LOW) will no longer carry neonics as of 2019. Home Depot (NYSE: HD) is supporting research into the effects on plant life should it no longer offer neonic products.

If the threat to bee life isn’t enough to convince the public to stop using neonic pesticides, then we all need to consider the effect these pesticides will have on a human body.

We are ingesting increasing amounts of these chemicals. If honeybees experience cognitive damage, paralysis, and death, then those symptoms are likely to manifest in humans as well.

For this reason, it’s time for investors (and the wider public) to start supporting firms that advocate for sustainable, environmentally friendly, agricultural practices. There are a few angles to take here, starting in the fields and ending on the shelves.

It’s a movement known as “conscious capitalism,” supporting businesses that have a consciousness of the environment, people, and ecosystems around them. Businesses practicing conscious capitalism seek ways to maintain profit and revenue while still having grounding in an ethical conscience.

Based in Raleigh, NC, Plant Health Care, plc (LSE: PHC) is a development-stage agricultural biotechnology company focused on providing sustainable solutions for agriculture and commercial landscaping. The company offers alternatives to synthetic fertilizers and pesticides. Rather, it promotes the development of natural products that still prove effective at combating pests and improving plant life without damaging non-pest insects like bees and other important pollinators.

PHC’s products are highly complementary to existing agricultural practices, establishing a strong platform of marketability. Its products are a happy medium in the conflict between farmers and environmental advocates — the right to farm and the need to have a strong supply of food products against the damage to the environment and ecosystems.

Plant Health Care has a 52-week low of $63.00, a 52-week high of $129.00, and a market cap of $69.27 million. In addition to products already underway, Plant Health Care is currently researching further sustainable solutions that it intends to license and commercialize in the near future.

United Natural Foods (NASDAQ: UNFI) is a distributor of natural, organic, and specialty food and non-food products throughout North America. The company is a strong supporter of sustainable organics and agricultural practices. It advocates for food and pesticide labeling and maintains a strong corporate social responsibility policy.

Whole Foods Market, Inc. (NASDAQ: WFM) has proven its consistent leadership in the “conscious capitalism” movement. CEO John Mackey has developed Whole Foods from a single store in Texas to an $11 billion company that, among other efforts, has taken a leadership position to educate consumers and take steps to reduce bees’ exposure to harmful pesticides. 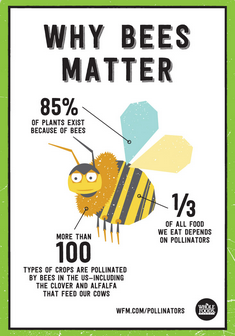 Whole Foods collaborates exclusively with suppliers who support the health of pollinators like bees. The company also partners with nonprofit groups like The Xerces Society, which works to protect wildlife and conserve invertebrate habitats.

Last year’s underperformance aside, Whole Foods is still dominating a market that is slowly gaining competitors. The company expects to grow by at least 40 stores per year, with over 100 of those already under contract.