Let’s all put our egos aside and admit it:

Humans are not good at driving.

Globally, human error is responsible for 94% of all vehicle collisions.

The Google Car has already traversed over 2 million miles of road, accident-free.

Well, self-driving cars have been in several accidents--11 to be exact. However, human driver error has been the cause for every single one.

The only injury to take place in a self-driving car has been whiplash to one of the Google Car researchers--caused by the Google car getting rear-ended by another vehicle. 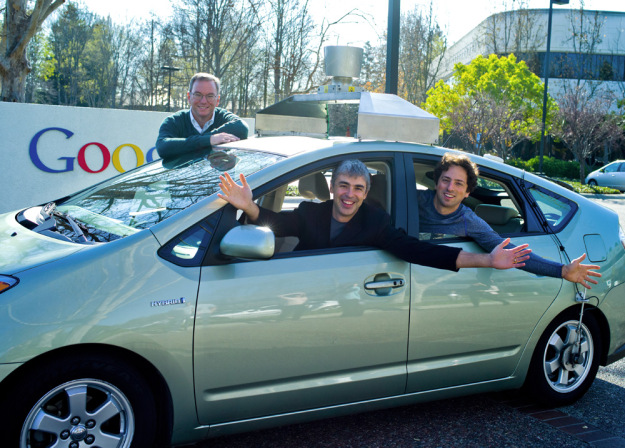 More than 30,000 people in the United States lose their lives in motor vehicle crashes each year.

A quarter of these can be attributed to texting, and a third to driving under the influence of alcohol. 70% of drivers report driving while drowsy.

Imagine a highway full of human-controlled vehicles speeding at 90mph with just 2-3 feet between bumpers. The likely result would be: 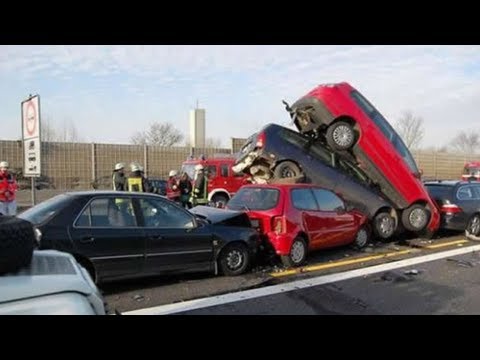 Autonomous vehicles, on the other hand, are entirely capable of driving closer to each other at these distances and at faster speeds. These speedy convoys will eliminate congestion on highways, and make better use of road space.

The University of Michigan just completed construction of a 32 acre self-driving test track, called MCity. Actually, program director Peter Sweatman calls MCity more than a track. It’s a “test environment for automated vehicles of the future.” MCity is equipped with various terrain surfaces, and for testing in urban and suburban driving scenarios.

Intelligent Drive, from Mercedes Benz, allows the vehicle to steer itself in traffic jams. It’s already offered in the E-Class and S-Class models.

In fact, if you have a rear view camera in your vehicle, or a vehicle that can parallel park without your direction, you are already taking advantage of semi-autonomous technology. By 2018, the National Highway Traffic Safety Administration will require rearview cameras on all passenger cars.

Nissan and Renault have committed to a completely autonomous package in their 2020 models.

Whether or not you like the idea of autonomous vehicles, they’re coming.

Semiautonomous cars will be the norm within 5-10 years, and fully autonomous should be here within 20.

Now is the time to become involved with the autonomous vehicle market. You could invest in Google, Tesla, or Audi--all of which have already proven self-driving car capabilities.

But, once those vehicles hit the market, they will need components--sophisticated cameras, infrared sensors, networked maps, and other softwares and infrastructure that empower these vehicles beyond human ability. There will also be infrastructure demands--similar to when we as a nation transitioned from tired horses to the Model T. 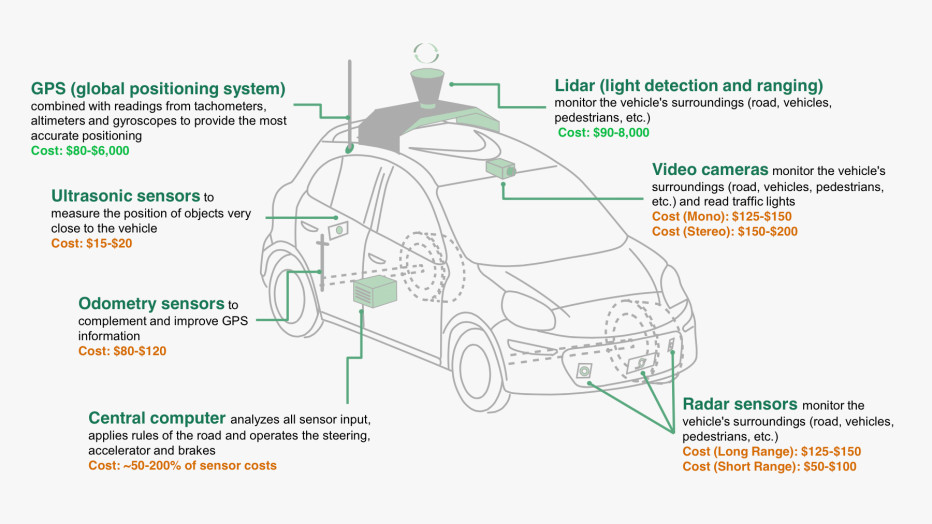 That is where the real investment opportunities lie.

It’s currently a fight to the finish, but here are the major contenders you need to know among the various categories of autonomous vehicle components: Processors and semiconductors, software, sensors, mapping, localization, and LiDAR.

In a recent press release, Qualcomm tells its investors, “While you weren’t paying attention, your car learned how to drive.” Qualcomm is already one of the market’s dominant automobile-chip makers. Their current platform, Snapdragon Automotive Solutions, was revealed at CES this year in a Cadillac XTS.

The Snapdragon processor, running on Android, takes telematics to an entirely new level. Snapdragon contains head-tracking software that monitors a driver’s level of alertness. There is a lane detection warning system and gesture-controlled infotainment panel.

Previously, this technology was reserved for allowing vehicles to ‘see’ their surrounding environment. Now, Qualcomm is reaching into V2V and V2I (vehicle-to-vehicle, and vehicle-to-infrastructure.) This means communications with other cars, as well as traffic lights and road information. V2P and V2C (vehicle to pedestrian, and vehicle to cloud) programs enable cars to anticipate projected collisions. Pedestrians or bicyclists will also receive warnings. Communication with the cloud will allow vehicles to find parking spots, and access real-time traffic and map information.

This California-based silicon vendor has spent the past few years crunching data in the world of computing and game consoles, but horizons are quickly expanding. More recently, the company is focusing on processors, infotainment platforms, and autopilot technology for autonomous vehicles. NVIDIA’s Tegra chip already powers the infotainment screen in Tesla’s Model S. Recent financials show that outside of Tesla, almost 6 million vehicles are currently on the road using NVIDIA technology.  The company also reported a 51% jump in revenue from its Tegra chips last quarter.

The new Tegra X1 chip is used to power the Drive PX autonomous driving technology that NVIDIA released at the most recent CES. Drive PX equips deep learning and situational awareness and has proven success in a recent Audi A7, which managed to traverse 550 miles from San Francisco to Las Vegas. That means Drive PX software could potentially learn over time, and be trained to learn how to confront new driving obstacles.

Here’s what makes NVIDIA stand out:

The company wants auto computing to be upgradeable. It makes sense, since for the most part drivers keep their vehicles for several years. With NVIDIA’s components, the potential for regular upgrades means the technology in your vehicle will never be obsolete.

STMicroelectronics, the leading automotive semiconductor company, has partnered with Mobileye. STM possesses the manufacturing infrastructure currently absent among companies in the same field. The two firms have partnered on production of the EYEQ, EYEQ2, and EYEQ3 processors, which will be integral to next generation devices for General Motors, Honda, and Volvo. Mobileye was also included on a recent list issued by Volkswagen, identifying “critical suppliers” for their upcoming FAST initiative. 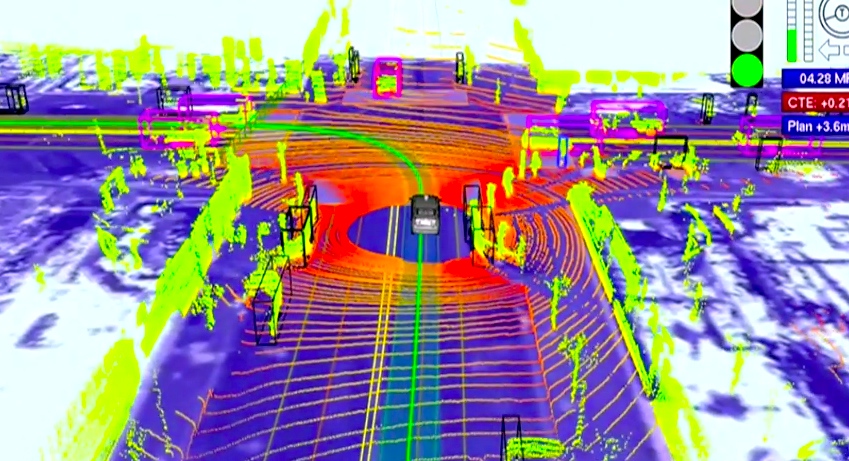 The maps necessary for self-driving vehicles will be more than the static ones we’re used to seeing on our smartphones and GPS devices today. These maps will be dynamic--constantly uploading data about the world in real time. Cars will send information about their surroundings to a cloud network, which will then be available to other ‘drivers’ and auto systems.

“We will only be able to have self-driving vehicles on the highway in 2020 with highly accurate maps,” said Dirk Hoheisel, Bosch general manager, in a written statement. For autonomous vehicles, maps will need higher precision than what we know today--down to mere centimeters. Bosch and TomTom (you may have forgotten about them) are in agreements to develop high-def, multi-layer maps for self-driving cars.

TomTom is calling their new system a “living map,” in which discrepancies are reported, investigated, and verified. The company has already developed maps for interstates throughout California and Germany, and Bosch is already using those to test its autonomous technology. This partnership offers TomTom the chance to once again become a household name, as this technology is allegedly debuting across North America and Europe by 2017.

One of the investors and collaborators on the University of Michigan’s MCity, Iteris, Inc. is a provider of intelligence and solutions to the traffic management market. As a supplier of software and information solutions, Iteris is already improving the efficiency and effectiveness of connected vehicle architecture. The company currently offers camera and detection equipment across the United States. If you’ve been caught by a red light camera, it might belong to Iteris, Inc.

Let’s not hold that against them.

Iteris’ systems are currently active in MCity, accelerating connected vehicle technology, particularly in regards to safety and efficiency. Most of Iteris’ technologies include multi-sensor detection, travel time measurement, and the communication between vehicles and bicycles, pedestrians, and traffic signals in their environment.

Originally a spin off from General Motors, Delphi Automotive is now one of the world’s largest automotive part manufacturers. Committed to V2V communications, and safe, green technology, Delphi claims a definite position in the self-driving car market, saying they will “build parts and sensors whether cars are 10%, 80%, or 100% autonomous.”

Delphi’s own autonomous vehicle finished its cross-country trip earlier this year, crossing 15 states and almost 3,500 miles. The company does not intend to manufacture or sell their own autonomous car, but rather to “make all the stuff automakers don’t (or can’t) make themselves.”

At the most recent financials meeting, Delphi revealed acquisitions of Tula Technology, which specializes in engine control algorithms and softwares. Delphi has also engaged into a strategic partnership with Quanergy Systems to collaborate on automated driving applications and LiDAR products. Through a joint agreement with Ottomatika, Inc., Delphi will be able to further develop automated driving software equipped with active safety systems.

There are a number of hurdles that the autonomous automobile industry must navigate before the vehicles go mainstream. However, this technology is no longer for the distant future. Although full autonomous, driverless cars may take some time, expect to see at least 10 million semi-autonomous cars on the road very soon. We can also expect to see significantly less auto-related fatalities, once the political and logistic barriers are removed. 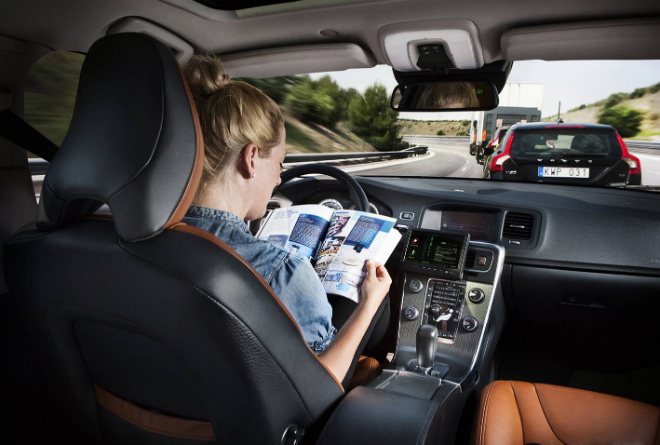 Then, we'll be able to do essentially anything behind the wheel. Read a magazine, catch up on Candy Crush levels, even enjoy a refreshing cocktail.

Tesla’s Elon Musk even predicts that, in the future, we may “outlaw driving cars because it’s too dangerous.”